Emerging Opportunities Ohio River Valley Conference presented by The Thrasher Group in partnership with Shale Directories is the premiere event to discover the many opportunities related to the upstream, midstream and downstream growth which will transform the Ohio River Valley for years to come. 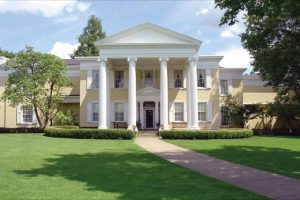 Due to overwhelming demand, the conference is sold out! Thank you!

The Emerging Opportunities Ohio River Valley Conference will provide a comprehensive view of the once-in-a-generation industrial and commercial development in the region. In addition to development of cracker and petrochemical plants, experts predict the overall development will change the economic landscape.

We have lined up an exciting list of the top energy, chemical, land development, and state economists. Your learning from this conference will allow you to transform your business to take advantage to this explosive development!

Attendees will network with industry experts and fellow participants and prepare your company to for this development opportunity. We’ve even negotiated a special rate for attendees of the conference. CLICK HERE to reserve your room now.

The Dept of Energy and the Ohio River Valley | Bryan Morreale, United States Department of Energy 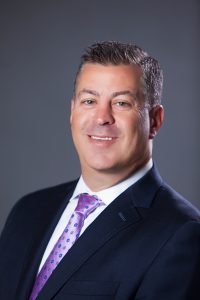 Chad Riley is the CEO of The Thrasher Group, a leading multi-disciplinary firm providing architecture, engineering, and field services throughout the Mid-Atlantic.

His passion for bringing economic growth to the Appalachian Region has made major impacts on the success of his clients’ endeavors. Chad’s ability to connect with people, foresee opportunities, and find solutions are at the core of his success. His approach to tackling complicated projects has resulted in hundreds of successful projects, including 20 major economic development projects throughout the region.

Riley studied engineering at Fairmont State University and after graduating, went to work for Thrasher as a construction inspector. Working at every level within the company, he quickly rose to leading areas of business operations and was named partner within eight years. He now oversees the company’s eight offices in six states. 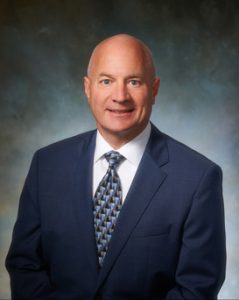 Custer has experience in all aspects of commercial real estate including acquisition, disposition and development of office, retail and industrial projects. As an active real estate investor for over 20 years, Custer understands the challenges facing both buyers and sellers in sale and lease transactions. Utilizing his experience from prior businesses, he works to discover critical success factors to develop solutions that meet the needs of both parties.

His current focus is serving the needs of the Petrochemical, Oil & Gas, Derivative Industries and Energy Services companies capitalizing on the drilling and exploration of the Utica/Marcellus Shale in eastern Ohio and the West Virginia panhandle, which includes the Appalachian Basin and the Ohio River Corridor. His primary focus is in the area of site selection for industrial clients utilizing rail transport throughout Ohio and West Virginia and barge transportation along the Ohio River. 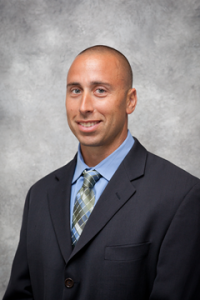 Dr. Morreale is currently the Director of the Molecular Science Division within the Office of Research and Development at the DOE’s National Energy Technology Laboratory. Within this capacity, Dr. Morreale is leading a diverse team of world-class computational and experimental researchers. The team is focused on accelerating the discovery and optimization of technology-enabling energy solutions by providing insight to the fundamental phenomena governing macroscopic properties.

During Dr. Morreale’s professional career, he has contributed to over 100 publications and presentations in areas including hydrogen separation, membrane reactors, carbon capture, natural gas utilization, and fluid properties at extreme and conditions. In addition, Dr. Morreale has been invested in numerous other activities, including academic roles at the University of Pittsburgh and Carnegie Mellon University; organizational roles for The Minerals, Metals, and Materials Society and American Institute of Chemical Engineers; an Energy Ambassador for the National Academy; and a member of the Materials Genome Initiative’s Strategic Planning Committee. 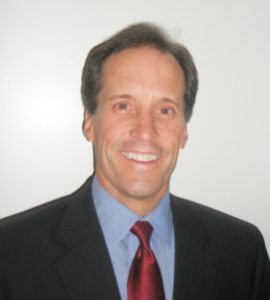 David Hooker is the President of Mountaineer Storage. Over a 32-year career in the energy sector, he has successfully worked with markets from wellhead to the burner-tip. Hooker has been co-founder on several start-ups, building management teams and directed company initiatives designed to originate, develop, own and operate energy infrastructure in diverse markets throughout the USA. He has worked for Merchant Energy Partners and East Cheyenne Gas Storage LLC, Inergy Midstream, CAES Development Company, Aquila Energy, and Market Hub Partners — at one time the largest independent owner and operator of natural gas salt cavern storage in North America. 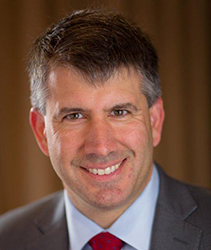 Erik Milito is the Director of Upstream and Industry Operations for the American Petroleum Institute (API), which is the national trade association representing more than 600 companies involved in all aspects of the oil and gas industry, including exploration production, refining and transportation. Milito’s work covers regulatory and legislative matters related to domestic exploration and production, including access to domestic oil and natural gas resources both onshore and offshore.

Prior to his current position, Milito served as managing counsel covering a host of legal issues, including oil and gas leasing, royalty, environmental, fuels, transportation, safety, and civil justice reform.

Milito served for over four years on active duty in the U.S. Army as a judge advocate, and an additional four years in the U.S. Army Reserve, resigning at the rank of Major. He was assigned to active duty tours in Hawaii, Korea and Aberdeen Proving Ground, Maryland, and he served as a prosecutor, defense attorney and command advisor. Milito was awarded the Meritorious Service Medal and Army Commendation Medals during his military tenure.

After leaving the Army, he worked as a career attorney with the Solicitor’s Office of the U.S. Department of the Interior. While at Interior, Milito worked on oil and natural gas law, employment law, and disability access issues.

Milito attended the University of Notre Dame on an ROTC scholarship, and received a bachelor’s degree in Business Administration. He received his juris doctor from Marquette University Law School, where he was a member of the Law Review. 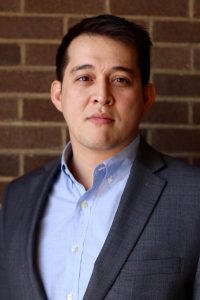 Frank King is the Manager of Commercial Development for the Ohio River Supply Hub gathering and processing business for Williams. He is responsible for preserving and enhancing the profitability of a daily throughput in excess of a billion cubic feet of natural gas. King is also responsible for recommending and contracting for expansions of Williams cryogenic processing business as well as recruiting new demand centers. Prior to joining Williams, King worked for EQT in their midstream and commercial business units.

King attended the University of Pittsburgh and received a bachelor’s degree in Accounting. He received his Master in Business Administration from the Donahue Graduate School of Business at Duquesne University. 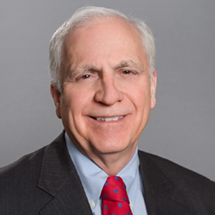 Swift is the chief economist at the American Chemistry Council in Arlington, Virginia, where he is responsible for economic analyses dealing with markets, energy, trade, tax, and innovation as well as monitoring business conditions, identifying emerging trends and assessing the economic and societal contributions of the business of chemistry.

He chaired the NABE Education committee and was elected an NABE Fellow. He was also one of the first to achieve NABE’s Certified Business Economist (CBE) designation.

Swift is an adjunct professor of Business Economics at the University of Mary Washington and is also a member of the Heritage Council of the Chemical heritage Foundation.

Sean Murphy is Senior Vice President of Advisian in the Americas region and brings a demonstrated history of working in the energy, resources, chemicals, finance and infrastructure sectors. 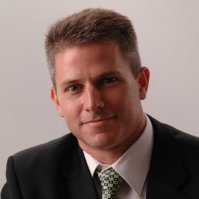 Mike Jacoby is the VP of Business Development and formerly Director of Shale Energy, at the Appalachian Partnership for Economic Growth (APEG). APEG is the JobsOhio regional non-profit affiliate organization charged with supporting and coordinating economic development across 25 counties in southern and eastern Ohio.

Mike has more than 20 years of economic development experience in Ohio at the local, regional and state level. Professional highlights include the recruitment of Halliburton to Zanesville, which resulted in nearly 1,000 jobs, and the recruitment of Fanatics to Frazeysburg, which resulted in over 200 jobs and peak season employment approaching 2,000. 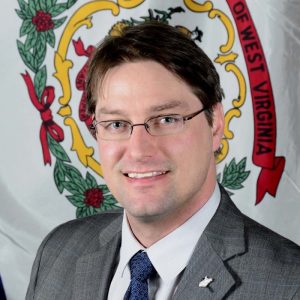 Joshua L. Jarrell is secretary and legal counsel for the West Virginia Department of Commerce. He is a native West Virginian and was raised in Ripley, WV. He graduated from West Virginia University and completed his studies in 2000, earning a degree in marketing and a minor in Spanish. Josh began his career in the Washington, DC office of U.S. Senator John D. Rockefeller IV, where he performed constituent and legislative-related services. Josh worked on several political campaigns across the before returning home to West Virginia to attend law school where he was a member of the school’s Moot Court team and president of the democratic law caucus. In 2009, Josh graduated with honors from the College of Law. After law school, Josh accepted a position in Morgantown, WV with the law firm of Bowles Rice, LLP and practiced law in the firm’s Real Estate and Energy practice group for several years. In April of 2013, Josh accepted a position in Governor Tomblin’ s administration as Deputy Secretary and General Counsel for the West Virginia Department of Commerce. In that role, he supports the Commerce Secretary foster economic development in West Virginia and helps counsel and administer a variety of state agencies, including the state’s Division of Tourism, Division of Natural Resources, West Virginia Development Office, and Office of Miners’ Health, Safety & Training, among others. 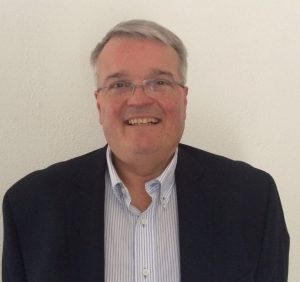 Robert Johnson is president of ADKL, A Different Kind of Lobbyist. Johnson has more than twenty-five years of service in public sector roles. Most recently, he served the Pennsylvania Governor in his Southwest Regional Office. Robert met with community leaders on a regular basis and participated in significant economic development projects. Prior to serving in the Governor’s Office, Robert worked for the American Cancer Society in both fundraising and government relations.  While employed as a Government Relations professional for the University of Pittsburgh Health System, his responsibilities included reviewing, analyzing, and tracking legislative and regulatory initiatives at the state and local level impacting health care delivery, training, and research.

During his service in the Governor’s office, Robert tracked energy policy, particularly, in the Marcellus and Utica. He follows land use and zoning in PA, OH, KY, and WV. 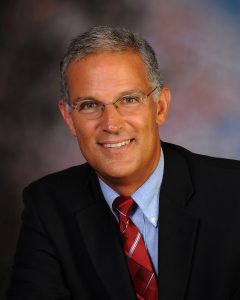 In addition to his roles on several oil and natural gas industry organizations, George currently serves on the Board of Directors for the Pittsburgh Airport Area Chamber of Commerce, The Western Pennsylvania School for the Deaf, and the Community Foundation of the Endless Mountains.

He holds a Bachelor of Arts in Political Science from Dickinson College and is a graduate of Leadership Pittsburgh. Prior to Cabot, George worked at Columbia Gas of Pennsylvania/Maryland for 15 years and most recently held the position of Director of External Affairs during his tenure. He lives in Peters Township, Pennsylvania with his wife and three daughters. 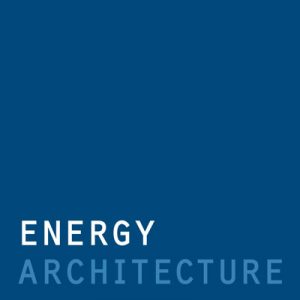 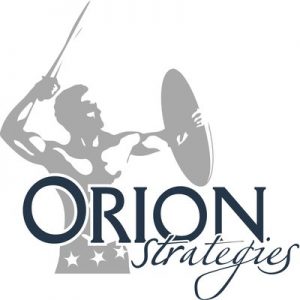 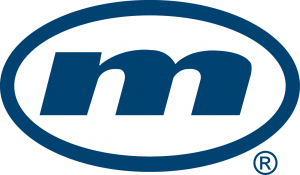 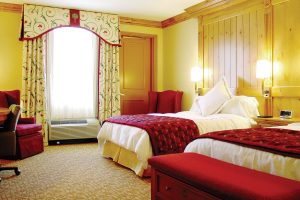